Umrah Umrah is the mini version of Hajj. And is provided by the private Umrah Tour Operators only through the world wide. Umrah Is Voluntary but according to Islam, a Muslim is required to perform Umrah once in a lifetime. Since the journey is sacred and holy, it has great spiritual importance as it purifies the soul of a believer. While Performing Umrah, a person asks for forgiveness for his sins from Allah, The Almighty. It refreshes the faith of a believer.

Usually, Umrah is performed from October to March with the different Umrah Duration. Umrah is just done in 2 Hours and in the remaining days, pilgrims visit theVarious Ziyarats Of Makkah And Madina. Umrah can be done anytime without the month in which Hajj is performed.

Umrah can be performed from a kid to an elderly man/woman. For performing Umrah you need to book your Umrah at any Umran Tour Agency. There are a number of Umrah Packages among which you can choose your Umrah Package based on your need, wish, and will. Different Umrah Packages have different Umrah Rates. Umrah Package rates are basically guided by the facilities provided and the quality of travel services to be provided. Umrah Package Rates also depend on the season in which Umrah is likely to be performed. The minimum cost of Umrah starts from 68000 to a maximum of 95000 but variation in Hajj price due take place every year.

But if we talk about Hajj, Hajj is compulsory to be performed by all the Muslim Ummah who are capable of doing Hajj i.e. who are financially fit and sound. For Muslims, it is Mandatory To Perform Hajj once in their lifetime. Hajj is the fifth pillar of Islam and to perform it means to Devote Yourself to the path of Allah. Hajj is performed in a Particular Month i.e. Dhu Al-Hijjah which can be performed by private Tour Operators as well as by the Government.

Hajj has a duration of a minimum of 30 days and a maximum of 45 days but the rituals of Hajj are completed in just 5 days. In the remaining days, Pilgrims visit the various Ziyarats of Makkah and Madina. The minimum cost of Hajj starts from 3.50 lakh to a maximum of 5 lakh but variation in Hajj price due take place every year.

How to Perform
Umrah Ladies 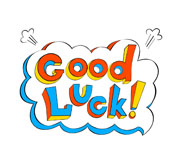